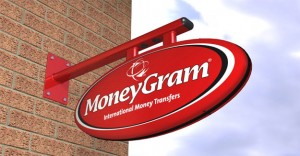 The settlement, which also involves the appointment of an independent compliance monitor, tipped the company to a third-quarter loss of $54.8 million.

The $100 million will be available to victims of the consumer fraud scams perpetrated through MoneyGram agents, the company said.

The company said it had reached settlements with the U.S. Attorney’s Office for the Middle District of Pennsylvania and the Department of Justice.