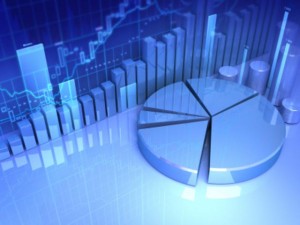 (Reuters) – World shares and gold rallied while the dollar fell on Wednesday after President Barack Obama was re-elected for a second term, signaling no dramatic shift in U.S. economic policy.

Gains in Europe’s main stock markets were expected to be limited, however, as attention switches to Greece where parliament votes late in the day on an austerity package needed to secure a fresh injection of EU/IMF aid and avert bankruptcy.

“The fact the election is over is obviously positive for the market. Markets don’t like uncertainty and there was always the worry that it was going to drag on,” said Mark Priest, Head of Index & Equity Market Making at ETX Capital.

“A lot depends on this vote today in Greece, so I think it is a little bit of wait-and-see.

Investors in most major markets were expected to be wary of extending the gains too far due to the approaching U.S. “fiscal cliff”, a series of spending cuts and tax increases worth around $600 billion due to take effect next year that could crush growth.

The dollar, which has rallied during this week’s tense run-up to the election, slipped 0.2 percent against a basket of currencies .DXY, retreating further from Monday’s two-month high. The euro rallied to a session high of $1.2876.

“You clearly see the dollar under pressure here but the key question is whether this will be sustained,” said Valentin Marinov, Director of FX Strategy at Citi. “People will be refocusing away from the election to more important issues surrounding the fiscal cliff … So we may have to endure some more uncertainty into year end.”

As markets digested the U.S. news, focus was also returning to the euro zone’s troubles.

Serious questions about Spain’s plans to repair its finances are likely to surface later with a media report saying European Commission forecasts, due out later, see the country’s economy shrinking 1.5 percent next year, far worse than the 0.5 percent drop projected by Madrid itself.

In Greece, where the debt crisis began, parliament holds a late evening vote on 13.5 billion euros of fresh cuts and tax hikes planned by the government of Prime Minister Antonis Samaras. Approval is crucial to unlocking 31.5 billion euros in aid that has been on hold for months.

“The general expectation is that Samaras will be able to get his plans through but it will be a pretty narrow victory,” said Sybren Brouwer head of equity strategy at ABN Amro.

“It is a continuation of the process of muddling through and taking two steps forward and one step back. Hopefully today we are going to take one step forward but there are many steps still ahead.”

Bond markets took Obama’s win largely in their stride. With the U.S. Senate still divided, economists see the result doing little to smooth “fiscal cliff” negotiations. On the other hand it is expected to keep U.S. monetary policy extremely loose, with Ben Bernanke expected to remain as Federal Reserve chief.

In Europe, benchmark German government bonds were stable with yields at 1.44 percent, while Spanish and Italian debt was trading broadly steady..

Gold, which is seen as both a safe haven and a protection against future inflation, rose 0.5 percent to a one-week high of $1,724.21 an ounce. Growth-sensitive copper rose 1.1 percent and oil was steady at just over $111 a barrel.

“Overall, when incumbents win elections, it usually means continuation of the status quo. So an Obama win will present fewer uncertainties in the minds of investors,” said a Shanghai-based commodities trader.