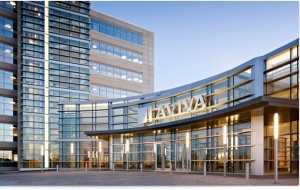 (Reuters) – Aviva (AV.L), Britain’s second-biggest insurer, is closing in on the sale of its U.S. business, a key element of a turnaround effort aimed at boosting the group’s share price performance.

The sale of Aviva’s U.S. unit is likely to be at a discount to book value but should generate a capital surplus, the company said on Thursday, adding it was hopeful of a deal “reasonably soon”.

Aviva is four months into a restructuring plan aimed at selling 16 underperforming businesses that tie up over a third of its capital and contribute 18 percent of operating profit.

The overhaul was launched in July by chairman John MacFarlane, who took day-to-day charge of the company in May after shareholders irked by its weak stock market performance forced out chief executive Andrew Moss.

Aviva, which sells home and motor insurance as well as life and savings polices across Europe, said it total sales fell 5 percent to 28.9 billion pounds ($46 billion) in the first nine months.

Its shares closed at 328.5 pence on Wednesday, valuing the group at 9.6 billion pounds.